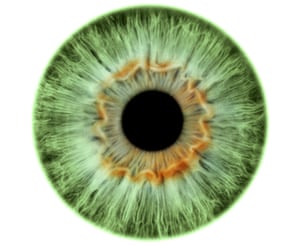 In the US, Darpa (the Defense Advanced Research Projects Agency) has also invested $65m in neural implants to restore speech, hearing, vision and memory in those with brain trauma and neurodegenerative disease. One group is working to wirelessly record signals from up to 1m neurons at once (currently, BCI reads around 100 neurons) by implanting tens of thousands of microdevices called neurograins across the brain. This “cortical intranet” will read out and write in information – brain enhancement might follow. Neuroprostheses have already shown promise in improving memory in rats and decision-making in monkeys; humans are another matter, of course. Perhaps that is why Kernel, a $100m start-up that aims to build “the world’s first neuroprosthesis to enhance human intelligence”, has quickly shifted focus. Founder Bryan Johnson says invasive BCI “is really interesting, but not an entry point” into a commercially viable business.
Meanwhile, Facebook has sought to dampen concerns around privacy and brain hacking: “This isn’t about decoding random thoughts. This is about decoding the words you’ve already decided to share by sending them to the speech centre of your brain. Think of it like this: you take many photos and choose to share only some of them. Similarly, you have many thoughts and choose to share only some of them.” Of course, photos not meant for sharing don’t always stay unshared …
“I already have a [prototype] BCI,” Steve tells. “My death wish is when I don’t even respond with BCI.” His words bring to mind something written by Bauby, mourning the loss of true conversation: “Sweet Florence refuses to speak to me unless I first breathe noisily into the receiver that Sandrine holds glued to my ear. ‘Are you there, Jean-Do?’ she asks anxiously over the air. And I have to admit that at times I do not know any more.”
For many like Steve, communication technology is not about sophisticated brain enhancement; it is simply about existence.
Posted by Alisa Brownlee, ATP at 3:03 PM