Samsung releases source code for eyeCan, an eye-controlled mouse for the disabled

Samsung releases source code for eyeCan, an eye-controlled mouse for the disabled 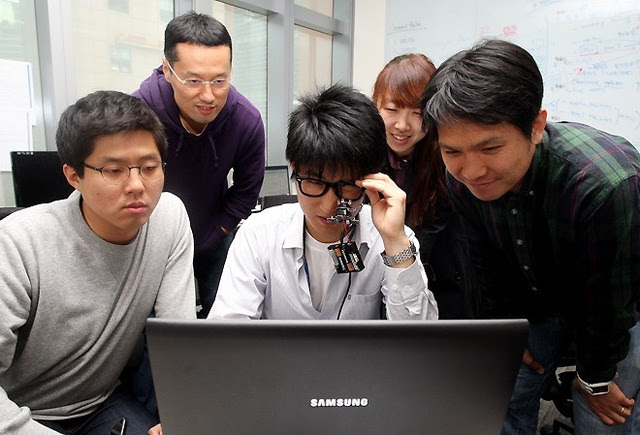 While controlling a mouse pointer with your eye isn't brand-new technology, Samsung's taking steps to get it in the hands of as many people as possible by open-sourcing its eyeCan technology. EyeCan was developed by five members of Samsung's Creativity Lab, and was built with the purpose of helping those who are paralyzed from a disease like ALS control a computer through eye tracking. They've been testing it and posting videos of it in use on YouTube over the last few months (not surprisingly, one of those videos showed off a game of Angry Birds) and now the team is ready to release the software and documentation behind it for anyone to develop their own solution.

Additionally, the team plans to distribute "D.I.Y kits" to people in need in South Korea for people to assemble their own hardware. The team was originally inspired by Mick Ebling's presentation at the TED Active conference in early 2011, where he showed off the eyeWriter, a similar tool that allowed paralyzed street artist TEMPT to communicate and draw again. But Samsung's team has added some extra functionality, like the ability to look around in Google street view. Now that anyone can download and tweak the software, we'll hopefully see this technology spread and improve rapidly as an inexpensive tool to help paralyzed people communicate.

Posted by Alisa Brownlee, ATP at 3:03 PM No comments:

Posted by Alisa Brownlee, ATP at 1:20 PM No comments: