When the Mind Controls Machines


Since 2008, teams from 13 institutions coordinated by Ecole Polytechnique Federale de Lausanne (EPFL) have focused on making better use of signals transmitted by the brain. The researchers presented Robotino, which combines electroencephalography, signal recognition, obstacle sensors, and the Internet to enable physically disabled people to take virtual walks in familiar environments and meet and talk with relatives. Another device, Braintree, is a graphical interface that enables the severely disabled to think in order to write and surf the Internet. The researchers also presented a functional electrical stimulation technique that restores some basic mobility. More than 100 patients suffering from severe motor impairments have tested the technologies, and the results are promising. "The road is still long before the 'turnkey' product is made available to physicians and patients," says EPFL professor and TOBI project coordinator Jose del R.


Millan. "However, we have paved the way for a new critical approach to the physical and social rehabilitation of patients."

This week's ALS and Assistive Technology Newsletter is Out

Nine Technologies To Ease Pain Of Getting Old

The baby boomer market is huge and aging fast. Help is on the way. 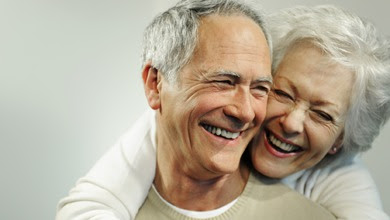 In Pictures: Nine Technologies To Ease Pain Of Getting Old

The silver tsunami is swelling.
By 2025 the Earth will be home to 1.2 billion people aged 60 and older, double the number in 2000. Laurie Orlov, principal analyst at Aging in Place Technology Watch, a market research firm, estimates that the current demand for "aging-at-home" products and services is $2 billion. By 2020 it will have ballooned to $20 billion.

A slew of players are fixed on this massive market (see our slideshow of nine senior-friendly technologies and the brains behind them). In April 2009 General Electric  and Intel announced a 5-year, $250 million partnership to develop technology aimed at easing the transition to old age. Massachusetts Institute of Technology is on the case, too: In 1999 it formed AgeLab, a research center within the university's engineering school, to come up with new ideas for the next generation of seniors.

Then there are all the young outfits looking for a piece of the action. Here are a handful:

Omniscient Personal Assistant
By age 80, 55% of people have some form of measurable dementia. Attention Control Systems, in Mountain View, Calif., assisted by researchers at the University of Rochester, is developing smartphone software that detects when certain tasks have been forgotten. Users will wear a wristwatch bearing an RFID tag; if the RFID reader detects, say, that the stove hasn't been touched or that the user hasn't gotten out of bed, a soothing voice on their smart phone would remind them. All data would flow to a server accessible online by the user's caregivers. Expected to hit the market in 2012.

Smart Pills
Ensuring that older adults take their medication is a constant challenge. Proteus Biomedical in Redwood City, Calif., hopes to help seniors remember by implanting ingestible tracking devices on pills to make them smart. Before it dissolves, the tiny sensor sends a signal to another, band-aid style sensor on the skin, which in turn tells a mobile device when the person took their pill. Proteus has raised $100 million in equity capital, a quarter of it from Novartis.  Several clinical trials are underway. Meet the CEO in this video interview.

MIT's AgeLab, the U.S. Department of Transportation and Ford Motor Company  are collaborating on systems that give automobile drivers feedback on their skills. The “Aware Car" (an earlier version was called Driving Miss Daisy) would combine software with eye-tracking devices and heart-rate monitors installed around the vehicle to measure driver fatigue and visual responsiveness, and give real-time feedback either through voice cues or color changes. Fatigue awareness is available in some cars now but most other enhancements wouldn't be in cars until 2015.

Robotic Maid
Over the next two years, researchers at 11 universities will be trying to perfect a robotic assistant, called PR2, built by Willow Garage, a Menlo Park, Calif. company. Wendy Rogers, a researcher at Georgia Institute of Technology, says that PR2 can move easily and get shorter or taller to pick things up around the house. Willow Garage plans to add sensing and learning capabilities to teach the robot to respond to someone's specific needs. Expected to hit the market in 2013. (For more on breakthroughs in artificial intelligence, check out: "At The Extreme Edge Of Artificial Intelligence.")

Sensiotec in Atlanta has designed a bed that acts like a nurse. Its sensors measure vital signs, including heart rate and respiration, and looks for lack of movement in order to prevent bedsores. This information is relayed to the patient's personal health record, accessible from anywhere via the Web. The software looks for patterns and sends any disturbing changes to doctors using mobile software. On sale since June 1. Cost: $3,500.

Individuals with limited mobility and dexterity find it a challenge to towel dry. Contorting to reach their back and legs is frustrating, painful and a safety hazard. Those who submit to assistance, suffer the loss of privacy and dignity. Use the Tornado Body Dryer and dry in pleasure instead of pain!

Read the entire advertisement at: