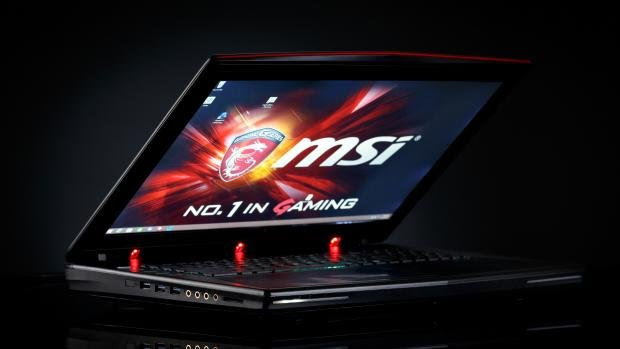 MSI and eye-tracking company Tobii have announced a partnership to create eye-tracking-enabled gaming laptops which will incorporate the same Eye-X technology we saw in the Steelseries Sentry directly into the notebook's chassis. MSI will be showcasing the concept GT72 laptop at Computex this week, saying it's just the first product in a long line of expected joint ventures over the coming months.
“This concept notebook is only the beginning of our extensive partnership with Tobii - a partnership that will expand beyond hardware products and into the development of eye-tracking content and games,” said Eric Kuo, vice president of MSI. “First-hand, we’ve seen the way eye-tracking creates a richer and more immersive experience and we fully believe it will have a profound impact on the future of gaming.”
The 17.3in GT72 laptop will have an Nvidia GeForce GTX980M GPU with 8GB of GDDR5 VRAM as well as built-in Nvidia G-Sync technology. Tobii's eye-tracker, meanwhile, will run along the bottom edge of the screen. 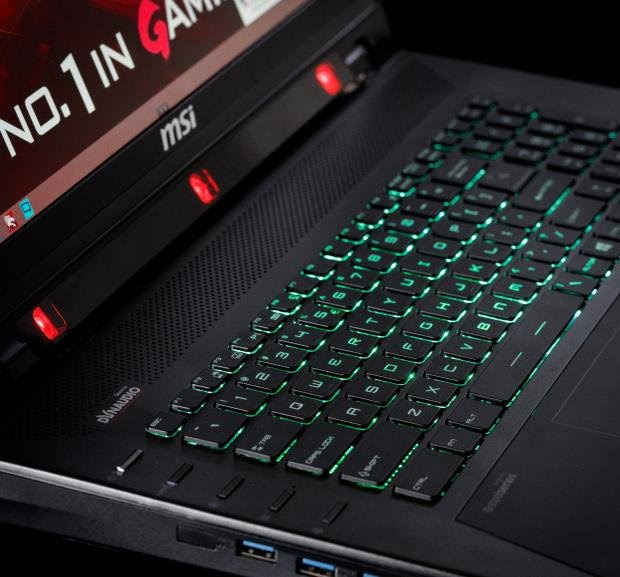 As we saw with the Steelseries Sentry, which is a separate eye-tracking peripheral that connects to your PC via USB3, Tobii's Eye-X technology is compatible with games such as Assassin's Creed Rogue to control the camera, creating what Tobii calls an "infinite screen", and indie game Son of Nor to provide multi-dimensional movement. It's also compatible with theHunter: Primal and Starcraft II. While its in-game implementation could use a little work, it's a particularly useful tool for streamers, as it can be used to add an overlay to your screen that records where you look throughout a match of Dota II, for example, allowing you to compare your playstyle to other professional players. Tobii hopes that integrating its Eye-X tech directly into MSI's gaming laptops will help prompt other game developers, suppliers and OEMs to get on board with supporting the eye-tracking scene, and it's aiming to launch even more eye-tracking enabled gaming machines in the future.
“Our partnership with MSI, following the announcements of the SteelSeries Sentry, Assassin’s Creed Rogue and theHunter: Primal, shows the power of eye-tracking and the strong trajectory it has in gaming,” said Oscar Werner, president of Tobii Tech. “The adoption of eye-tracking in the consumer market is still in its early stages and we are investing in technology, partnerships and the software ecosystem to reach our long-term goal of taking eye-tracking into mainstream computers. This partnership solidifies this trend.”
Tobii and MSI will be bringing the laptop to the UK in the next few months, so we'll be sure to bring you our hands on impressions as soon as we can.
Posted by Alisa Brownlee, ATP at 11:10 AM