For many people, technology assists and augments our lives, making certain tasks easier, communicating across long distances possible, and giving us the opportunity to be more informed about the world around us. However, for many people with disabilities, technology is not an accessory but essential to living an independent and quality life.

Assistive technology such as Augmented/Assisted Communication (AAC), Text-to-Speech and Speech-to-Text (TTS/STT), magnifiers, screen readers, and eye gaze systems enable people with disabilities to accomplish what others take for granted on a daily basis. Unfortunately, the majority of assistive technology devices are unsettlingly expensive, and they age rapidly, with little in the way of customer-serviceable parts.


Why closed assistive technology is a problem

Closed assistive technology hardware creates new problems while trying to solve others. Although accessible and providing much-needed augmentation and accommodation to the user, the devices available are limited and can be prohibitively expensive. Magnifiers can be priced as high as $2,000 and up, and AAC devices start out in the hundreds for extremely basic functions, costing up to thousands for a devices that speaks what you have typed. Eye gaze systems (setups that allow users to move the mouse pointer using their heads or eyes) can start at $5,000 and quickly rise to more than $10,000. There is an obvious trend of prices of such systems rising in proportion to the severity of the person's disability: The more a person needs the device, the more it costs.
Even if one is able to obtain the device needed, keeping up with updates, maintenance, and making repairs if something happens to the device is difficult. Finding repair manuals, teardowns, guides, and so on for such hardware isn't easy, and if the operating system is embedded in the hardware, it's even more problematic.
I obtained a proprietary AT device in 2011 from a silent auction at a conference. When the device was new (early 2000s), it retailed for more than $5,000. The device is an AAC "tablet" with a touchscreen, an abundance of ports (for example, firewire, USB, and audio ports), a large speaker for communication purposes, two CompactFlash card readers, a rechargeable 7.8-volt battery, and a kickstand. It's heavy, a bit cumbersome, and locked down. My attempts at unlocking the device and installing Linux on it have, so far, been unsuccessful. 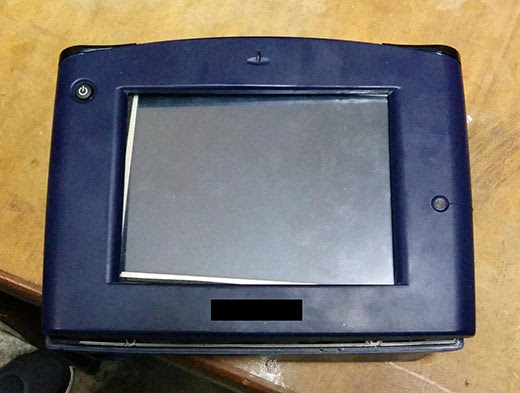 The device I was able to purchase a few years ago: rubberized coating on the outside frame, a simple power button and LED indicator, and touchscreen. 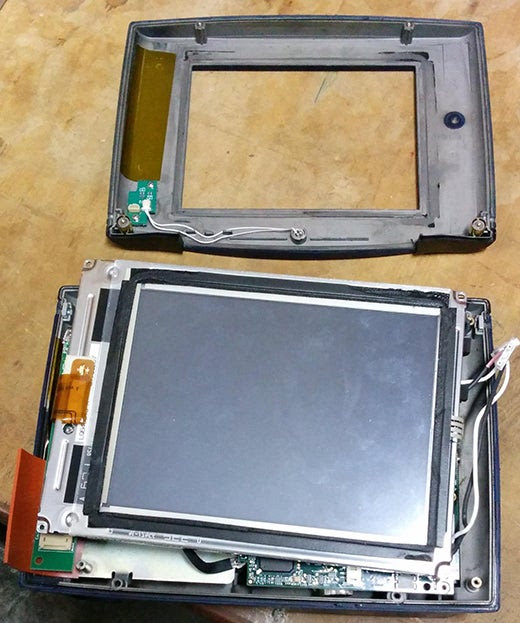 Device with cover off: touchscreen in foreground 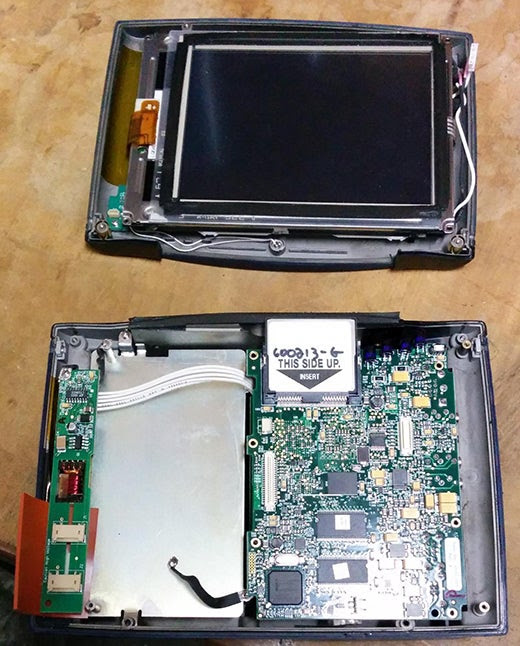 Touchscreen disconnected and moved to the side
In this image, there is no SSD or traditional hard drive; the only removable storage is via the CompactFlash card. The large metal box inside the frame on the left is the battery storage compartment. 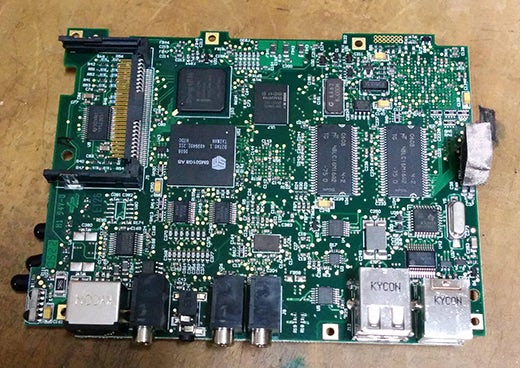 Motherboard (I believe) removed from frame and turned over
In this image, note the eight ports and what might be infrared communication LEDs on the left side. 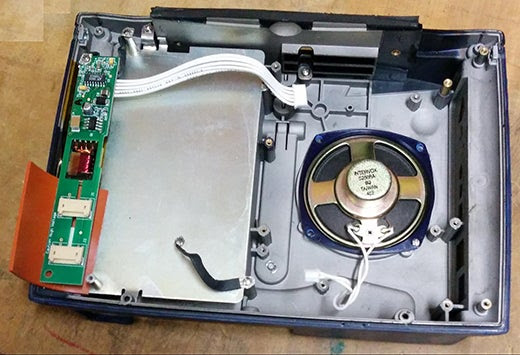 Case with both motherboard and input board removed
As the images show, although the device can be opened and torn down, there's not a lot that can be serviced—no replaceable hard drive, no sockets to upgrade memory, no way to unlock the device and install a different OS. Once this device was no longer able to keep up with modern-day specifications, it was destined for the junk heap. A lifespan of 10 years for any device may seem generous—especially by today's standards—but for something that is absolutely needed just to communicate with others, it's frustratingly short and inadequate.

Examined through the lens of accessibility, open hardware brings a lot of advantages, such as letting people with disabilities use readily available hardware that others use regardless of ability. Open hardware's basic tenets in openness and usability allow for the creation of more customized, personalized assistive technology devices that fit a user's needs. Open hardware allows for features to be added or removed as an individuals' needs change with age and ability, extending the life of their device. The availability of parts, detailed guides, and tutorials on various single-board computers (SBCs) and components, ease of repair, and affordability are all profound qualities that are not only wanted, but needed in AT. Also, since open hardware is not locked behind proprietary controls and patents, there's no requirement to use insurance or obtain medical permission to alter, modify, or change the state of what is truly owned by the person—in this case, their own assistive technology device.
There are some great projects and real-life examples of how to implement accessibility using open hardware that you can find across the web. For example, Dheera Venkatraman created Sesame using an app he created and an Arduino Uno, a bluetooth module, and a servo.
Brett Martin (aka pcmofo on instructables.com) put together an excellent guide a few years ago describing how to build an RFID door lock system using an Arduino chip, an RFID reader, and an electric door lock.
Another intriguing project is the Eyewriter, which started as a way to enable the graffiti artist Tempt1, who was diagnosed with ALS in 2003, to not only communicate but to continue to create art. Through a cheap pair of sunglasses, a PS3 camera, infrared LEDs, copper wire, and over two weeks worth of development, an eye gaze system was born.

Through the use of open hardware, an open community of makers, and the inclusion of people with disabilities, we can build assistive technology that will augment and improve the future for users with a range of abilities.
Posted by Alisa Brownlee, ATP at 12:21 PM