Great advances being made in assistive technology


As one researcher notes, “I think we’re in the middle of a revolution in technology for people with impairments” 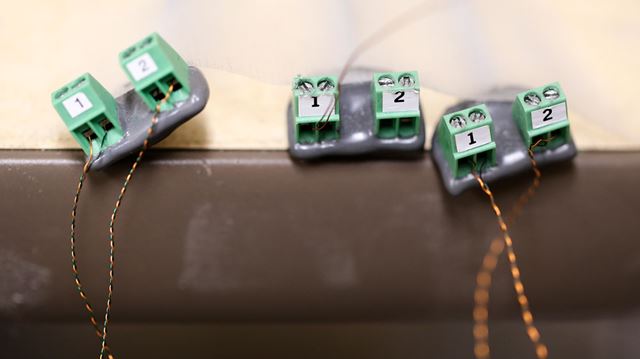 Richard Lautens / Toronto Star
Wire inputs used in a video game that helps Parkinson's patients retain their ability to speak clearly. Users attach sensors to their mouths and then control a dragon that lights trees on fire. 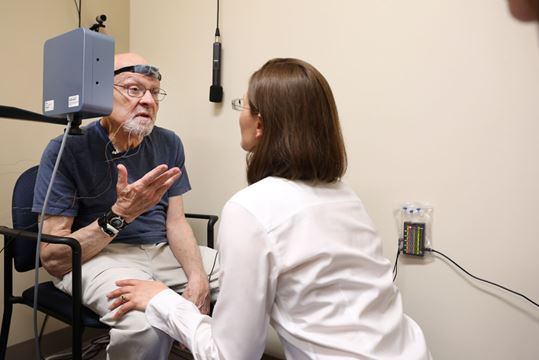 Richard Lautens / Toronto Star
Peter Allen chats with Yana Yunusova, a U of T professor of speech language pathology who is beta-testing a video game that helps Parkinson's patients. 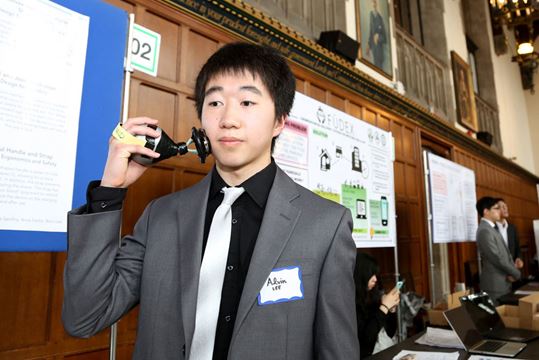 AT-Knee
Engineered by researchers in the Bloorview Research Institute at Toronto’s Holland Bloorview rehabilitation hospital and backed by Grand Challenges Canada, AT-Knee’s designers spent years studying how to make it as biomechanically efficient as possible, with a novel locking mechanism that mimics the stability of real knees.
While the trend in prosthetics has been toward high-tech robotics and motorization, LegWorks’ chief technology officer Jan Andrysek notes that the bulk of lower-limb amputees live in countries and communities where such expensive technology is out of reach.
“We came up with very simple concept that provided the function that we need,” said Andrysek. After rounds of clinical testing in Chile, Tanzania, Burma, Canada, and elsewhere, LegWorks is aiming for widespread adoption: “we’re trying to be everywhere.”
Swizzle Shave
A team of University of Toronto engineering undergraduates designed this razor to accommodate the jerky movements of Huntington’s disease patients. It is a finalist in the 2015 Innovative Designs for Accessibility, a competition for Ontario university students. Michelle Samfira, a co-creator, called the team’s work “really rewarding.”
Music Glove
The sensor-filled glove is designed to by worn by stroke patients and played with a game that works a lot like Guitar Hero. The system coaxes stroke survivors to use the kind of hand movements that will help them regain dexterity. It was created by Nizan Friedman, a former graduate student in the lab of University of California, Irvine’s David Reinkensmeyer.
Brian
Professor Goldie Nejat, who directs the Autonomous Systems and Biomechatronics Laboratory at U of T’s Mechanical and Industrial Engineering Department, designed Brian, a socially assistive robot. Using machine learning, Brian can talk and joke, and is designed to help cognitively impaired seniors accomplish tasks like finishing meals or taking medication on time.
Toronto Star
Posted by Alisa Brownlee, ATP at 10:21 AM